Get to Know Components of Solar Power System before Installation 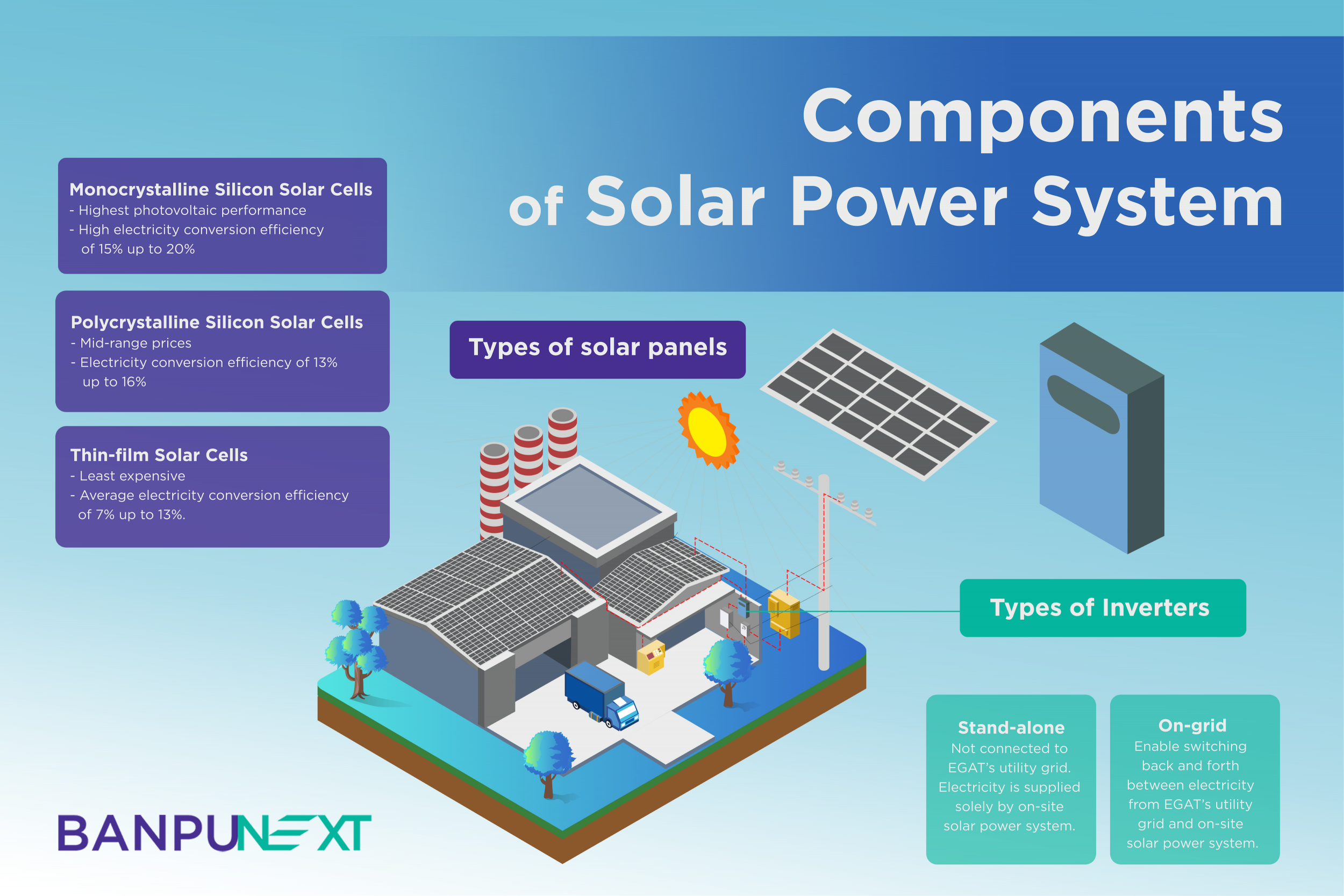 A photovoltaic system, or solar power system, used to be practical only to companies and factories due to numerous factors. Continuous development has, however, brought progress to today’s solar power technology in terms of photovoltaic performance, size of devices and costs of installation, resulting practical use of a solar power in homes and residential buildings in form of rooftop photovoltaic system (solar rooftop). By converting solar energy into usable power supply for home appliances, this solar power system enables home users to cut down their electricity bills and contribute to the environment through an alternative source of energy.

A solar power system is comprised of two main components: the solar panels that absorb sunlight to generate direct current electricity; and the inverter that converts the electricity generated by solar panels into alternating current to make it usable for home appliances.

If a solar power system is being planned, give prioritized thoughts to the location, direction, position and building structure. The best approach is to seek advice from an expert or a specialized solar power system provider to ensure full system efficiency, proper system inspection and maintenance, best value and the most sustainable installation.